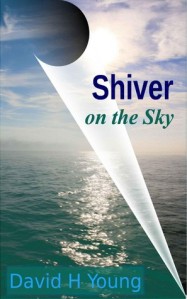 Amazon Description:
Owen Tremaine is in more trouble than he ever imagined. 28 years old, the founder of a software company in Corpus Christi, Texas, he thought work-related burnout was a major crisis. After walking away from his company, he’s spent a year trying to reinvent himself as a private investigator, living on a houseboat. Which he realizes is a fantasy that’s not really working out, but he doesn’t want to admit that to anybody…yet. Maybe a few more months will turn the tide.

But then, on a lazy summer afternoon, a good friend gets killed on Owen’s houseboat, and Owen finds his body. The police think Owen’s girlfriend may be involved. She’s missing, and so is Owen’s former business partner. Who, judging from the blood left on his floor, may also be dead. Then there’s the kidnapping of a local child. And…it turns out that not everybody involved is, strictly speaking, human. Which Owen also never saw coming. Magic? Really?

Owen’s new skills get a workout. Now he’s dealing with what used to be his own cutting-edge software development company, a police detective who takes a personal interest, some downsides of recent anti-terror legislation, and…a surprising discovery about local Native American history. You know, the magic thing. Turns out extinction is more complicated than it first appears.

But hey. Owen’s still got friends. Too bad he doesn’t know as much about them as he thinks he does….

The story starts out fast paced as Owen stumbles upon a murder of his friend, Leon, on his boat. Owen has to deal with his friend’s death but also has to convince the police that he is innocent. His girlfriend is missing and so is his jeep. A little girl is kidnapped and there are more murders to follow. His old job is somehow connected to the recent crimes. Owen must discover what is going and clear his name. He gains some friends and help along the way to finding out what is really going on. What he finds out shakes his rational mind.

The story ends fairly well but leaves room for a following book. Owen is the most developed character in the story and mostly the voice for the book. The book also takes the views of other characters, including the villains. Although this story contains some fantasy, it has a strong mystery element which might appeal to different readers.

Standalone or Part of a Series: First book in a series