Amazon Description:
856 Ce, Ireland is a land of myth, magic, and blood. Viking raiders have fought the Irish for over half a century. Rival Irish clans promise only betrayal and carnage.

Kaireen, daughter of Laird Liannon, is suddenly forced into an arranged marriage with her sworn enemy, a Viking. She refuses to submit. With no mention of love, only land and the protection of her clan, she endeavors to get her betrothed banished from her country. Will love find its way around her stubborn heart?

Bram, the Viking, finds himself without future or inheritance as a younger son in his family. A marriage to the Laird’s daughter would grant him land if he swears fidelity and if his men will fight along with the Liannons against any foe – Irish or Viking. However, the Laird’s feisty daughter only holds animosity for him and his kind. Is marriage worth the battle scars of such a relentless opponent?

With the blame for a rival laird’s death treacherously set against the Liannons, Kaireen and Bram must find a way to lay aside their differences as an unforeseen darkness sends death snapping at their heels.

Kaireen is a headstrong lady who doesn’t shy away from challenges. In the beginning of the book, she is against marrying Bram – a Viking – because she doesn’t trust him or them. Vikings have been ravaging the coasts of Ireland. She believes the marriage is a rouse for the Vikings to take their land and enslave/kill the people. For the time period, Kaireen is outspoken – which gets her in trouble. When tragedies strike, she finds out what Bram is really up to.

A neighboring clan has sworn peace with Kaireen’s family. However, trouble begins to brew within the walls. The bad guy(s) in the book are just that bad. They are not too multi-dimensional. Within the story, something else is going on underneath everything: Elva does not always act as a servant should. But, what exactly is going on? In summary, the book has some mystery, adventure/fighting, and romance.

The romance in the book is fairly standard for this time period: The defiant girl doesn’t which to marry but cannot get out of an arranged marriage. Bram is not a bad person as the reader learns fairly quickly. However, there are times when he forces himself on Kaireen such as kissing her – despite her saying no. Granted, this was probably common for the time period, but I’m not a fan of making it seem romantic. It’s technically sexual harassment. Regardless, Kaireen doesn’t seem to be upset by it, so I let go.

Standalone or Part of a Series: Standalone 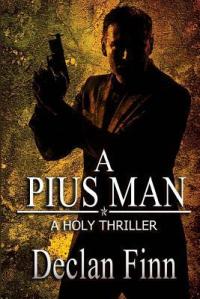 Then a body fell onto the Vatican doorstep.

Soon, a pattern emerges– people who go into the Pius XII historical archives are dying. Each time, a priest has been in the background– a priest close to the Pope. One of the victims was an al-Qaeda operative, drawing Scott “Mossad” Murphy of Israeli intelligence to Rome.

Soon, Ryan, Murphy and Figlia must join forces to unravel the mystery around the Vatican, as even the man Giovanni is supposed to protect looks like a suspect. To get out of this alive, they must discover if Hitler’s Pope was a Nazi collaborator, or a pious man.

Opinions: A Pius Man is a very action-packed book. Something is always happening in the story and parts make me wonder how some characters are alive after a scene. Fighting is used throughout the novel, as well as, incorporating history. The new pope – Pius XIII – wants to canonize Pope Pius XII. However, as people gather evidence about the deceased pope, whether for the canonization or for other means, they wind up dead. Eventually the background about Pius XII and whether or not he supported the Nazis comes to light. Multiple people arrive at the Vatican – to help with the canonization, to investigate with the recent murders, to spy, etc. These characters all contribute to the multiple viewpoints – abundantly so. Furthermore, the author uses multiple names to refer to each character. This can be confusing throughout the book. I’m not good with names, so having to remember the different names/profession titles for each character slowed down my reading. Having so many people in the narrative also takes away from their own development. Yes, they all have backgrounds and characteristics, but it felt very thin or spread out rather than being in depth.

Standalone or Part of a Series: First book in a trilogy

Amazon Description:
Truly Moore loves to spend time with her Great Aunt Fleur, a larger than life, quirky old lady who makes a living selling magic charms. The townspeople know Fleur is “different”, a sin in this “Buckle of the Bible Belt”, and many suspect that Aunt Fleur is a witch. The serenity of the town is shattered by the murder of a respected high school track coach, and as the murder becomes more and more difficult to solve, a witch hunt begins. But not all demons have pointy horns and tails, and not all angels have wings.

Witch Ball asks us to be careful who we deify, and who we vilify.

Character Development and Plot:  In some ways, this story reminds me of To Kill a Mockingbird. It has discrimination, a trial, and a young girl’s view of the events. However, it revolves around a different discrimination – transgender and transvestites. Truly is a fifteen year old girl on summer break in the South. She adores her aunt and seeks advice from her. At the beginning of the book, Truly has a crush on Eric, a college boy who works at the local library. Things turn upside down with a death of a local boy and then the murder of the track coach. Secrets come out not only in the community but also in Truly’s own family.

The book focuses on sexual orientation and discrimination within the South. Truly grows up during the summer. She must learn to stand up and go against the crowd. She forms her own opinions on what is considered right or wrong. She also learns about forgiveness. In today’s world where gay rights are on the news more often, this book focuses on how society is hard to change their views. It lightly brings in religion – specifically Baptists – as well as the law.

The book is written for young adults but adults might enjoy it, too.

Standalone or Part of a Series: Standalone 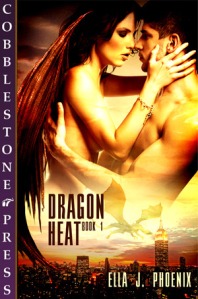 Amazon Description: Zoricah, the draconian demigoddess, has limited time to uncover a series of killings before one of her own meets the same fate. Determined not to let that happen, Zoricah has no other choice but to ask for the help of her race’s archenemy. Tardieh, the Vampire King, has long learnt not to trust the Dragons but when the flames of passion ignite between him and Zoricah, he finds himself torn between overwhelming sexual heat and his centuries-old distrust. Together they have to overcome their own prejudices before it is too late for their races and their love.

Character Development: The two main characters of the story are Zoricah (a draconian demigoddess) and Tardieh (the vampire king.) Zoricah and Tardieh first meet in the prologue about 200 years ago. Zoricah is a woman set on saving her people at all cost. She’s a strong character and fights for what she believes in. She is also willing to work with draoncian’s natural enemies – vampires – to help her fellow friends. When we first meet Tardieh, he is in a difficult situation. Going against his instincts, he allows Zoricah to help him. He struggles with what his father would do and what he feels is right. To make matters worse, he becomes smitten with Zoricah an archenemy of vampires. But, with his own people at stake, he must decide if he can trust her.

Plot Development/Flow: The story moves along very well. There are some dark moments in the book for those of you who are not particularly fond of them. Zoricah has discovered that someone is kidnapping draconians (as well as vampires.) Although she is not exactly sure what is happening with them, she becomes more involved when her friend’s sister is taken. She calls upon the help of the vampire king, Tardieh. She hasn’t seen him in over 200 years and she feels a stirring for him – which could be bad because it is distracting her from the job. Can the vampires and draconians work together for a common cause? Or will their differences (and the distractions) cause them to go off course?

Standalone or Part of a Series: First book of the series

Amazon Description: Perfect for fans of Philippa Gregory and Alison Weir, The Boleyn Reckoning heralds the triumphant conclusion of Laura Andersen’s enthralling trilogy about the Tudor king who never was: the son of Henry VIII and Anne Boleyn—Henry IX—who, along with his sisters and those he holds most dear, approaches a dangerous crossroads. The Tudor royal family has barely survived a disastrous winter. Now English ships and soldiers prepare for the threat of invasion. But William Tudor—known as Henry IX—has his own personal battles to attend to. He still burns for Minuette, his longtime friend, but she has married William’s trusted advisor, Dominic, in secret—an act of betrayal that puts both their lives in danger. Princess Elizabeth, concerned over her brother’s erratic, vengeful behavior, imperils her own life by assembling a shadow court in an effort to protect England. With war on the horizon, Elizabeth must decide where her duty lies: with her brother or her country. Her choice could forever change the course of history.

Character Development: With this book continuing where the last left off, the characters are hitting their breaking/turning points. William has suffered from the smallpox and the international tensions of his potential marriage to France that fails. He no longer listens to reason and has his eyes set on marrying Minuette, hoping that an alliance with Spain through Elizabeth would help against the French. Some of his irrational decisions not only affect himself but England’s future. Dominic and Minuette know their secret marriage can be discovered at any minute. With each one still loyal to William, if and when he finds out would cause devastation in their marriage and potentially their lives. Minuette is constantly trying to keep her head as William elevates her status in preparation to be queen, while Dominic is one of the few people William still trusts. They both know this could change at any moment and with William’s changing disposition, anything can happen to them. Elizabeth is struggling to keep her calm and reason with William’s behavior and the changing demeanor from Minuette. She relies further upon Walsingham and John Dee. Can she help keep England together and her friends/brother?

Plot Development/Flow: The story keeps a good pace just like the last book. There is more stress as the characters are hitting a climax of their relationships. Tension is high as the secret marriage between Dominic and Minuette surface. William begins to turn into his father, slowly changing from the man they once knew into a monarch who would do as he pleases. France and Spain also causes political disruptions. Will King Philip choose Elizabeth of England of Elisabeth of France as his potential bride? The book also concludes the domestic plotting including Lord Rochford and Robin Dudley. It seems no character is safe in this book.

Standalone or Part of a Series: Last book in The BoleynTtrilogy